I reached the point of thinking that I might just have funny shaped ears after purchasing a third pair of headphones that would commit ritual suicide jumping out of my ear six steps into a run. Yes, I’ve tried the different earbud fittings and spacers. And no, they didn’t help.

I relegated myself to only listening to music on runs during the winter months when a pair of earbuds would be affixed to my head via external means – e.g. under a Buff. But living in Seattle, one rarely needs that extra warmth. Ergo, no music.

Well, fast forward to 2018 and by some magic means, I stumbled upon the JayBird Runs. Not only do they fit well, but they work on a Bluetooth connection, which frees me up from the tangle of wires. That tangle is no small deal when trail running. Here in the PNW, you’re fighting a constant battle with layering, especially when gaining and losing altitude. So, taking windbreakers on and off, donning hats and reaching into your pack to get your various and sundry energy cocktails without the inevitable yanking out of the earbud is a real game-changer.

Beyond adhering to the simple expectation of staying in one’s ears, the earbuds also have a magic noise-cancelling property. Now, I do not believe that this is a built-in “feature,” but rather a benefit of a snug fit. I can move from coffee shops to airplanes and cancel out loud, obnoxious patrons or unhappy babies at cruising altitude.

Now, are there any downsides? As with anything else, the answer is yes. Four hours of music is pretty grand, but flying cross country is at least five. And yes, sometimes you do run for more the four hours, but I’ll take the blame on that one. After all, that might just be too long a run 😉 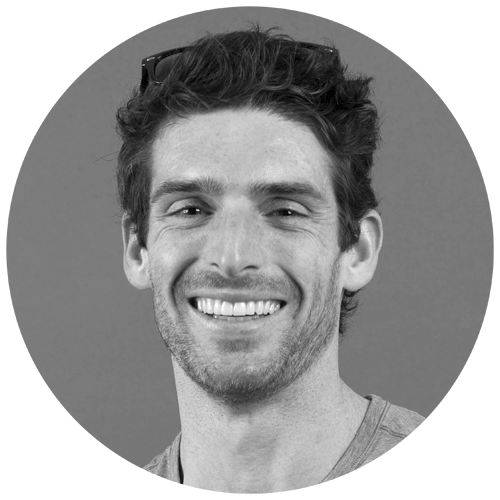 Martin manages the daily operations of our PR division. His expertise spans social and digital media, with a focus on public relations, public affairs, corporate social responsibility programs and crisis communications. Prior to joining HayterComm, Martin acted as the communications director for Cascade Designs and its brands MSR, Therm-a-Rest, SealLine, Platypus, and PackTowl overseeing media relations, government and public affairs, and internal communications responsibilities. He is an avid trail runner and backcountry skier, spending his time playing outdoors in the pacific northwest.